Chris & Christina were married at the incredibly picturesque Waterton Park Hotel in July 2017.

Very occasionally you are lucky enough to be invited to film a wedding day that you know will stick in your memory for the rest of your life. This was most definitely one of those occasions!

We arrived at the amazing Waterton Park Hotel on the day of their wedding and were simply blown away with the venue - and then we were taken to the ceremony room - with it's rainbow coloured seat covers and 6 foot inflatible unicorn! We had already been 'let in on the secret' that Chris & Christina had booked The Sing Along Waiters to perform during their wedding breakfast... and all of these things added together to make us realise that the day had the potential to be something very special - and indeed it was!

Chris & Christina's 3 part wedding film begins as Christina is getting ready in her hotel room and we follow the fun as friends and family are with her. Christina's Mum takes us downstairs to the ceremony room as Chris is arriving... 'When we sign the register I'll put the ball and chain on... Do you see what type of day this is going to be?!' - Yes Chris, we can!

As the film continues we switch between the boys and the girls as preparations continue and as Chris has photos taken outside the venue. Occasionally you work with a photographer who you literally get on with like a house-on-fire... again... this was one of those occasions! Martin Hillary was brilliant to work with - and all day long we worked together - bouncing ideas and suggestions off each other!

Soon it is time to move into the ceremony room as it is nearly time for Chris & Christina to get married. Chris is wearing a tie-clip microphone so that we have clear audio of the cermony - and we capture Pauline (their wedding coordinator) and Chris talking about the 6 foot inflatible Unicorn - she thought that the flower girls were going to be dragging it down the aisle - now that would have been fun to watch!!

When we film a wedding - as well as having two manned cameras we also position a number of unmanned static cameras around the room at key points during the day such as the ceremony & wedding breakfast. The camera at the 'back' of the aisle had the nose of the unicorn in it's field of view - but it could have been positioned slightly better - so I moved it forwards a little - and every time that camera shot was used you could see the unicorn looking out on the wedding ceremony. As I edited the film I thought it needed just one more thing... the unicorn needed to blink... so with a little graphic magic I created a video overlay for that camera shot that had a blinking eyelid... and with that one little addition the shot was perfect!

The film continues as the guests gather in the ceremony room and very soon Christina is arriving and the ceremony begins. We follow the marriage ceremony right the way through - with the three unusual and brilliant readings and very soon Mr & Mrs Whincup are ready to walk up the aisle - with Chris wearing the ball and chain! Brilliant!

Outside it's time for the confetti throw and then Chris, Christina and their guests make their way across the bridge for a whole series of photos. Part one of their film ends with a look ahead to the rest of their film!

Part Two begins as the guests are seated for the Wedding Breakfast - the happy couple are then introduced to their guests. Straight away it's time for the speeches... Christina's Dad and Chris both deliver brilliant performances - their speeches fit the day perfectly.

With the speeches complete I explain to the guests that they will have an opportunity to record a video message for the happy couple after the meal and then the head waiter explains that it is a tradition at Waterton Park that one of the staff will raise a toast to the happy couple and one member of staff who is leaving his job at the venue is given the job. The microphone is handed over and he manages to get the name of the groom wrong... again there is much hilarity amongst the guests at this - and then he goes on to explain that he is leaving because he is being deported! The head waiter quickly takes the microphone off him and says sorry... but of course this is all part of the set up for the Sing Along Waiters to start their show... and what an amazing show it is! Chris & Christina, the family and friends all join in during the show and The Sing Along Waiters entertain the crowd for more than an hour!! Chris & Christina loved it, the family and friends loved it and the Sing Along Waiters themselves enjoyed it - it has to be said they were the highlight of the day for everyone at the wedding. The remainder of part 2 of their film is the entire waiters set - it was just too good to cut anything out!

Part 3 of Chris & Christina's film begins with the rest of the photoshoot and a brilliant shot of the wedding party running away from a rather large version of the inflatible unicorn... if Martin Hillary (the photographer) can do it... then so can I!

Next comes a whole series of messages from friends and family and then we have a chat with Christina & Chris. During the chat Christina explains that they had really wanted horses dressed as unicorns... but the cost - on top of the cost of the rest of the day - was prohibitive... Not one to let people down I sourced some footage of a horse dressed as a unicorn on a greenscreen background and with some clever graphic tricks I managed to insert it into the film - standing behind Christina as she is explaining this! Another nice little touch!

Part 3 continues as the guests move into the evening party and after cutting their cake it is time for the happy couple to take to the floor for their first dance. In keeping with the rest of the day however it was not just your usual first dance - and it even featured a costume change half way through! Simply brilliant!!

Chris leaves the floor and Christina's Dad joins her for an equally memorable Father & Daughter dance before several guests join them for some group dancing. Finally, their evening entertainer - the brilliant Ian Mortimer takes to the floor to carry the party on into the early hours!

Chris & Christina's film wraps up with a 17 minute full day recap film - which you can see in the links at the bottom of this page. 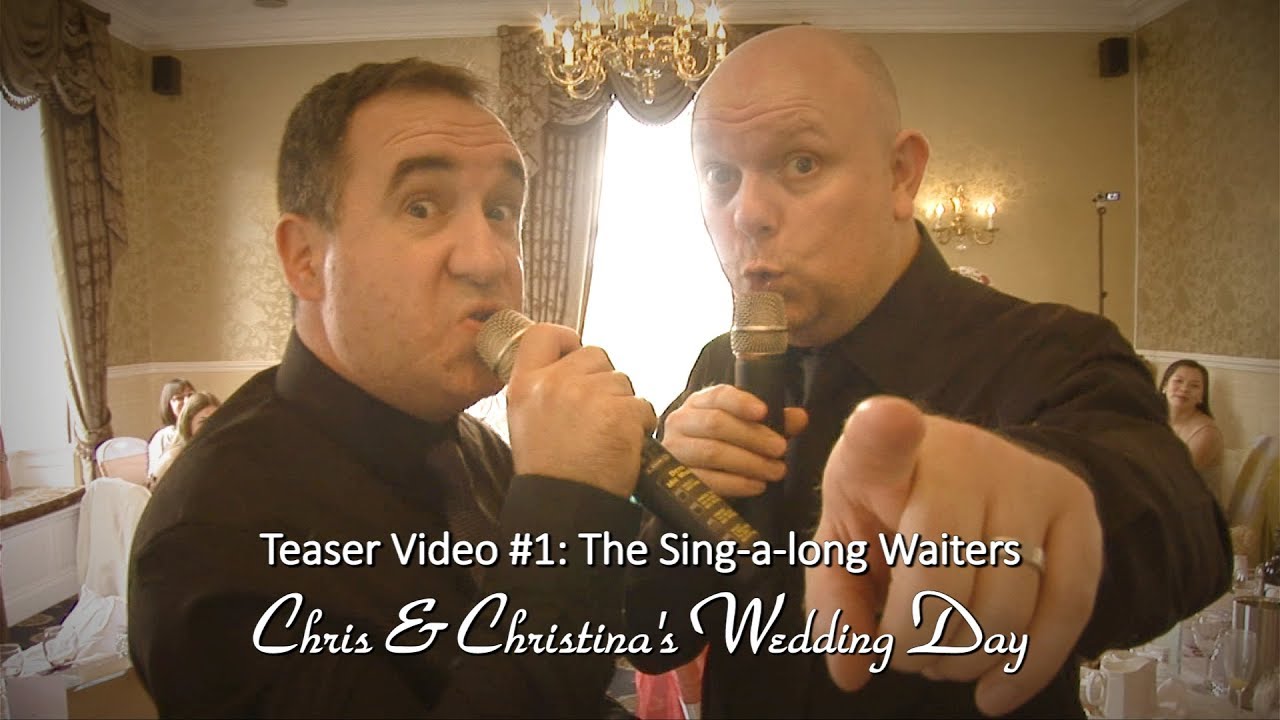 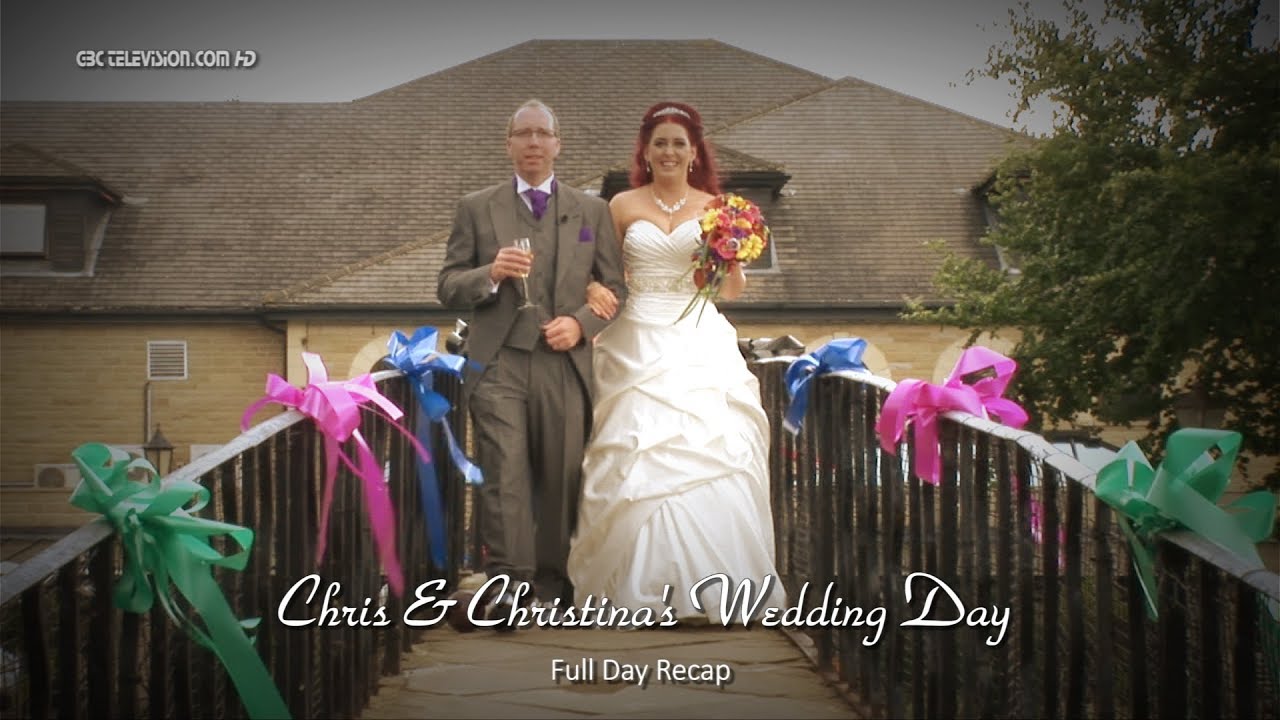 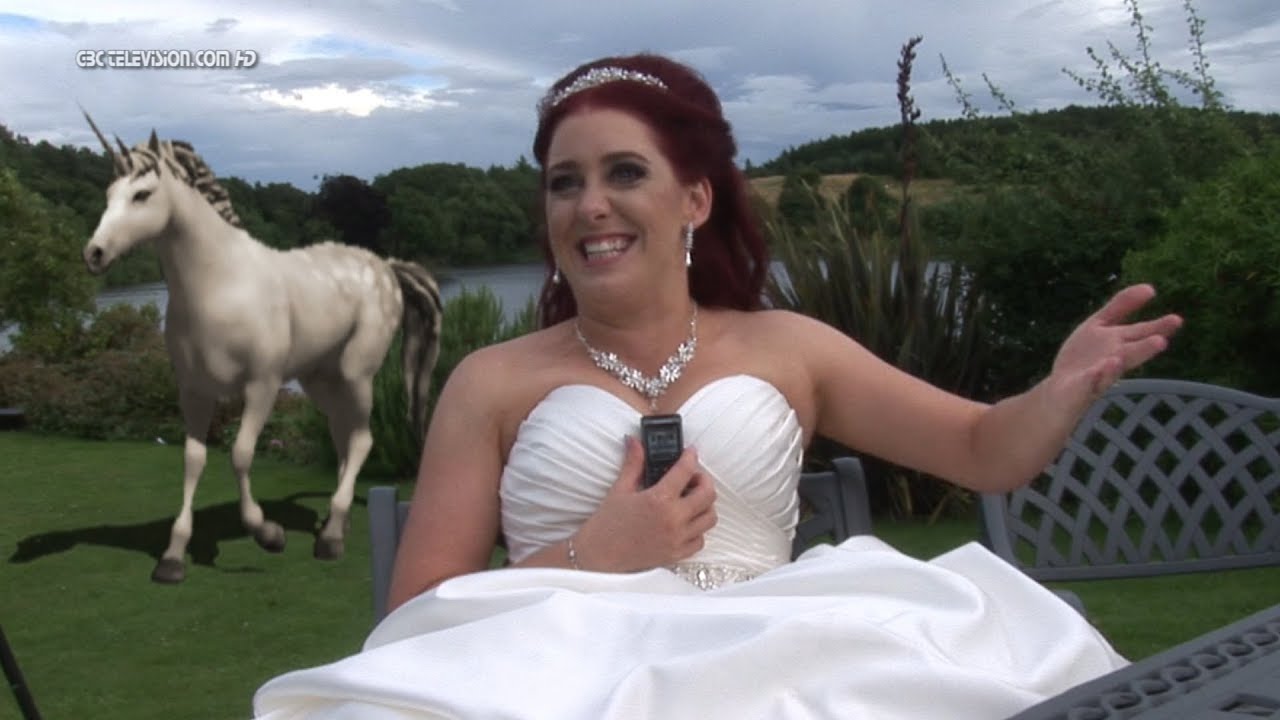