Jason & Nicola were married at St John's Church in Sanground and celebrated the rest of their day at the lovely Thorpe Hall, Peterborough.

Jason & Nicola's wedding filming was booked by a mutual friend, Sean Dwyer. Sean was one of three best men that Jason and Nicola had at their wedding. Steve, Sean's partner was in hospital and was supposed to be one of the three best men - but obviously wasn't able to go. Sean booked the filming with us so that there would be a memory of the day as Steve was unable to attend.

Filming began after we arrived at Thorpe Hall in Peterborough where final preparations were happening. We met up with Jason, Sean and the other best man - Stan as they were finalising the arrangements for the second part of the day - and as they were attaching the ribbons to the cars that were to serve as transport to and from the church. After a tour of the venue we let the boys head off to get ready... and catch up with them again as they arrive at St John's Church in Sanground.

We follow the build up to the ceremony as Jason greets the guests and as the sun breaks through the cloulds.

Eventually Nicola arrives - Jason tells us that she is always late haha! - and it's time for them to be married.

The film continues with the full wedding ceremony and at the end of it Mr & Mrs Harrison-Crossley walk hand in hand up the aisle to begin their married life together.

Part Two begins over at Thorpe Hall as the group photo is taken, then a montage of their photoshoot - Best Man Stan is likened to 'Buster' from 'Mrs Browns Boys' ... how apt!!

Everyone sits down and then it's time for the speeches and something to eat.

The speeches are superb. Stan begins - with an opening line suggested by me... and Sean follows on with an emotional speech telling everyone about when Steve first met Jason. Next comes Nicola's Grandad - with another brilliant set of words and then Jason takes to the floor for some thank-yous. Nicola closes the speeches - and everyone sits down to eat.

Next on the film comes a whole series of messages from friends and family - and then we chat to Jason & Nicola about their wedding day... and to Sean - who had booked the film in the first place. With their evening function underway it's time to cut the cake and for the happy couple to take to the floor for their first dance, after which the evening continues... with some GREAT examples of wedding dancing!!! Including our cameraman Sean and bestman Stan doing the 'Cha Cha Slide!'

Their film finishes with a 15 minute recap of their amazing day.

It has to be said that filming THIS wedding had special meaning... because of why Sean had booked us. It was an incredibly memorable day, one which will stay with me for a long time. I think the film is brilliant, it captures everything from 'Cheeky Chappy Stan' to the emotional undercurrent of Steve not being at the wedding... and even finishes with a tongue-in-cheek video diary filmed when we were broken down on the side of the M6 motorway... when the alternator failed on my car on the way back to Liverpool! This film is well worth a watch! 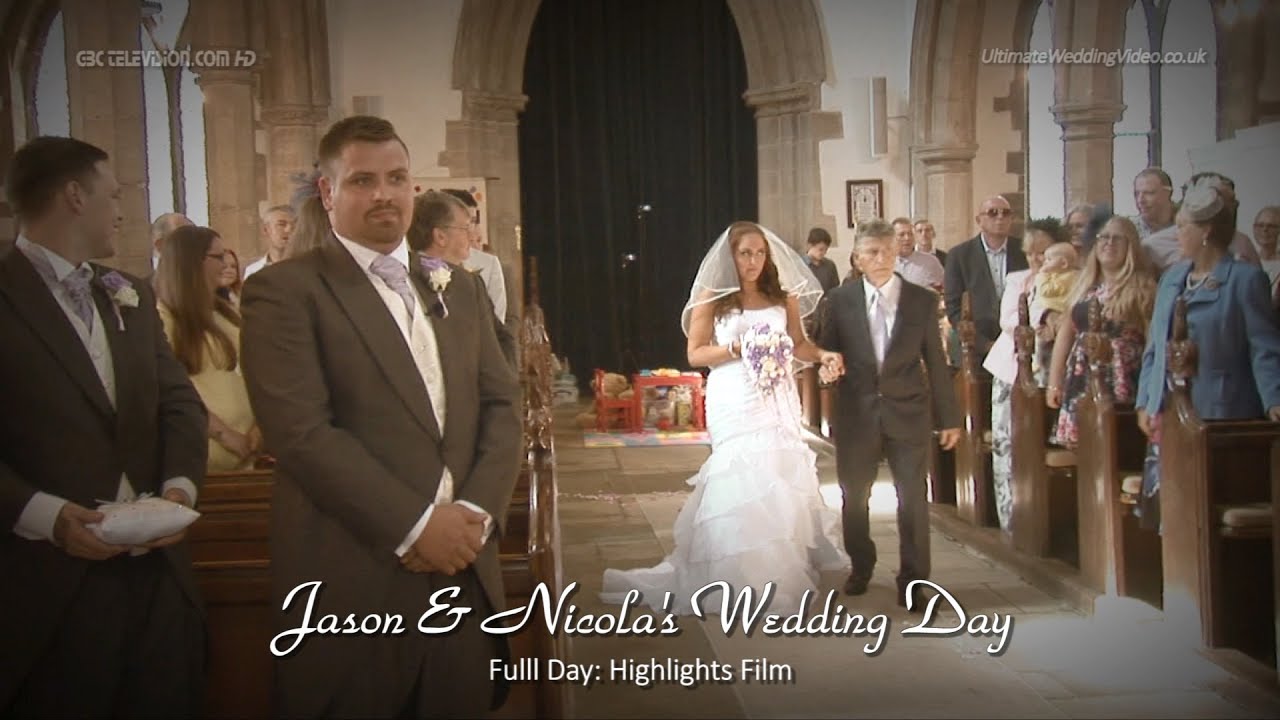 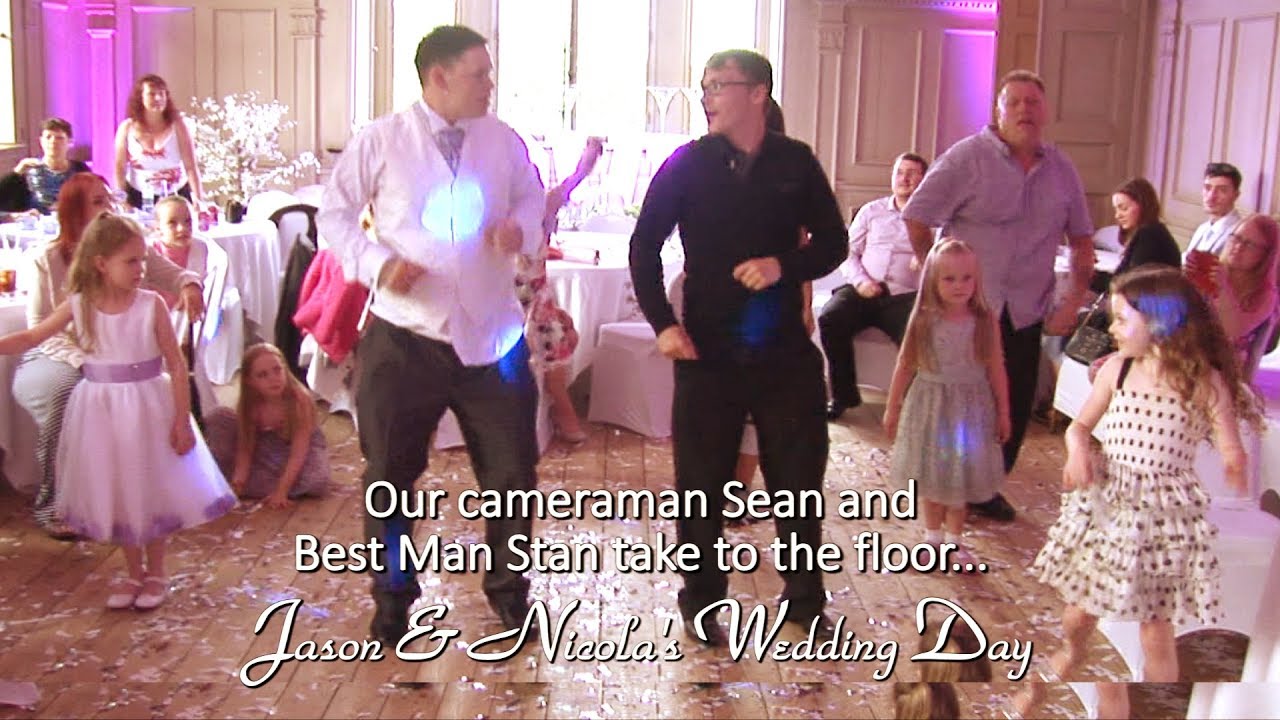 Thank you very much Gareth the film has gone beyond any expectations we had!!! You captured the day perfectly and it is a lasting memory. Watching the film made us laugh and cry from start to finish!! Absolutely brilliant!!

Thank you also for the support you gave on the day.