Clare & James were married at St Luke's Church in Prescot and celebrated the rest of their day at Blundell's Hill Golf Club, Rainhill.

Clare & James's Wedding Film begins as Clare is getting ready at home. It has to be said - their entire day was full of laughter, emotion and so many amazing one-liners from James... Such a great film to work on... The humour and laughter started literally at the very beginning - I don't think I have ever filmed a preparations sequence with so much laughter... and in 30 odd years of wedding filming I've never filmed a singing sequence like the one that happened as the girls were getting married! SO MUCH FUN!!

With the girls ready we head off to St Luke's Church to meet up with the boys... and to be introduced to James's humour and wit! So funny!!

With everyone ready, Clare arrives at the church and soon the ceremony begins. Some mis-placed music at the beginning set the tone for the ceremony - again James's one-liners were there - with laughter and happy times throughout the marriage ceremony.

Soon it's time for Mr & Mrs Nulty to walk up the aisle and begin married life together.

Outside its time for some photos and the confetti throw... and then we all head off to Blundell's Hill Golf Club in Rainhill for the rest of the day.

After a little time mingling with their guests its time for everyone to sit down for the Wedding Breakfast... but first of all there's just time for the speeches... and they were brilliant, emotional and funny!!

The film then continues with footage of the photoshoot... and then Clare, James, the photographer and I journey off into the golf course to capture some great video and photos of a little personal photoshoot. The footage from the lake is just beautiful.

Next comes a chat with the bride and groom and then there's a whole series of messages from their friends and family... and the film rounds off with the Cake Cut, First Dance and Father & Daughter Dance. Finally... there's a 15 minute "recap of the day" segment... which you can see separately in the links at the bottom of this page.

This day was just SO MUCH FUN... the film has been a pleasure to edit and I hope that Clare & James cherish it as the continue their lives together. 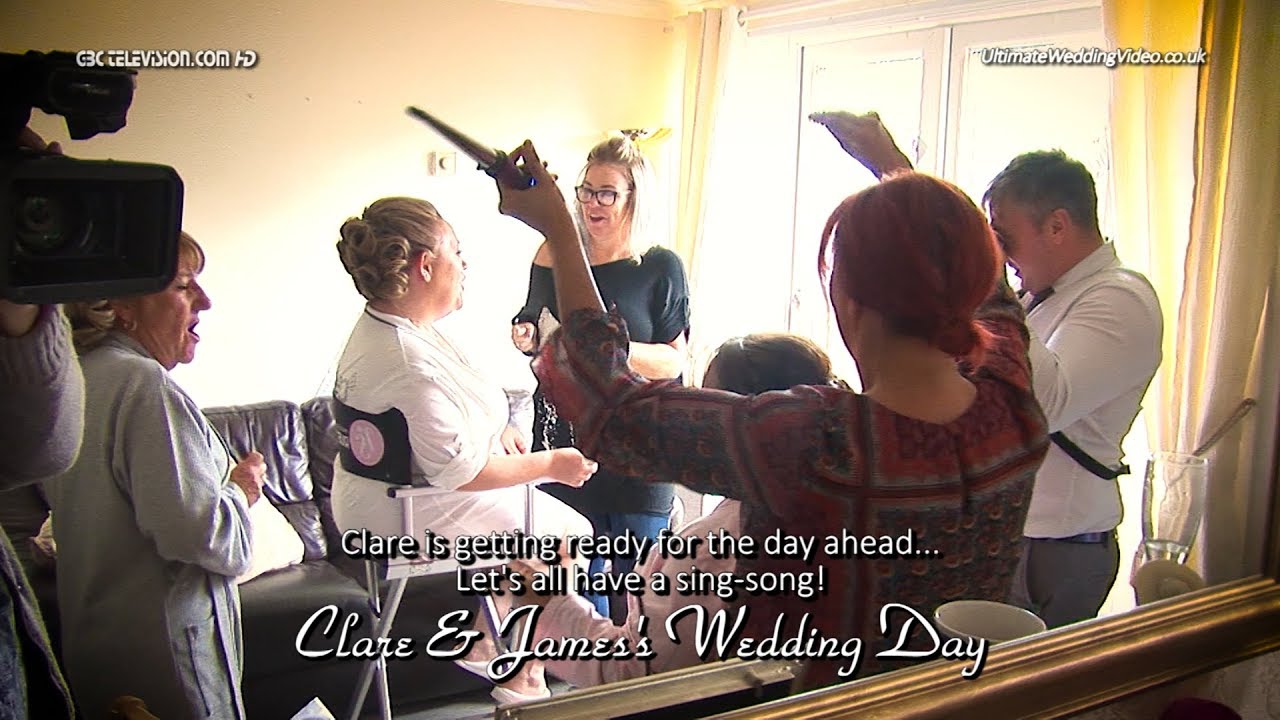 Clare & James: Going to the Chapel 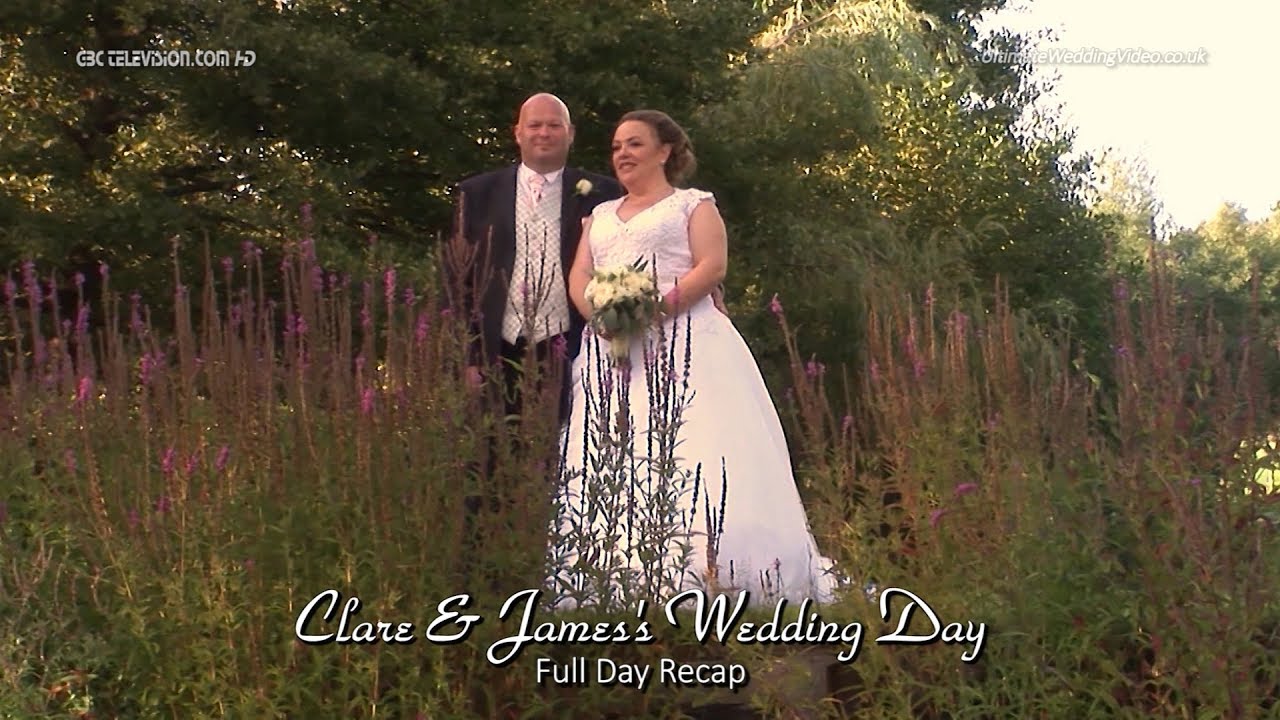 Clare Says: Well what can i say we have just watched the first half of our wedding film and OMG we love it i have laughed and cryed and that best man of ours Daley Hollingsworth has got creeping to do to me hahahahaha cant wait to watch the second part later thank you Gareth W Hughes you have done an amazing job so far. Thank you!
After watching part two... Clare added:
Omg Gareth i love our film you have done such an amazing job we have had tears and laughter all the way through it haha xx