David & Sinead were married at Prestatyn Parish Church and celebrated the rest of their amazing wedding day at Bodrhyddan Hall, Rhuddlan in June 2017.

From before their wedding started I had a feeling that their day was going to be amazing. We arrived in Prestatyn where Sinead was getting ready for her big day and were immediately greeted by the news that the blue garter had gone missing. David & Sinead's wedding film begins as the missing garter story unfolds. Shortly after we began filming, Sean - one of the GBCTelevision camera team spotted a bag which contained the missing garter and the panic was over. Right from that moment I knew their film was going to be amazing! We continue to follow Sinead and the girls as they prepare for the big day... and soon it is time to head off to the church to meet up with David.

The boys arrive and the build-up to the ceremony begins. As the ceremony time approached Sinead arrived in a horse-drawn carriage... and with everyone in place it was soon time for the wedding ceremony to begin.

It has to be said that Sinead was very emotional all day long, but it was particularly visible during the wedding ceremony. At one point in the service Sinead and David sat on chairs in front of their congregation... as Sinead sat down she 'adjusted her wedding dress' ... right in front of the vicar ... cue laughter from the congregation and the 'Don't worry, I'm sure they didn't capture it on camera' line from the vicar just caused more laughter!!

The ceremony continues, and soon Sinead and David are Mr & Mrs Blakemore.

After walking up the aisle it's time for confetti and then the happy couple head off to celebrate the rest of their day.

As they arrive at Bodrhyddan Hall so the sun is literally blazing down on their guests and sunlight glints off the horse and carriage as they pull up outside in the grounds of the venue. Two Dove releases give some incredibly picturesque moments - you can see these in the links at the bottom of this page... and then the happy couple head off into the gardens for some photographs.

The guests head into the marquee for the wedding breakfast and soon David & Sinead are welcomed into the room... once they are seated it's time for Sinead's Dad to do his speech... and then proceedings are interrupted by one of the waitresses who is going to sing 'Happy Birthday' to one of the guests... unfortunately it's the wrong person! Panic not though... the set up is the start of their Singing Waiters entertainment! For the next 25 minutes the waiters and the guests raise the roof of the marquee! Brillaint!

Once the Singing Waiters have finished it's time for David's speech... and then it's the turn of the Best Man.

Their film continues with footage of the large picturesque group photo in the hotel maze... and then the idea is that the men will throw their hats in the air and catch them... except the Best Man completely misjudges it and ends up crashing into the ornamental concrete fountain in the middle of the maze. Amazingly funny... luckily nobody was hurt!

Their film then continues with a series of messages from the guests... we have a chat with David & Sinead about their day... and then it's time for the happy couple to cut their cake and to take their first dance as Husband & Wife.

We leave the guests to enjoy their night and the film wraps up with a 15 minute recap of the entire day.

Sometimes you just KNOW that a film is going to be amazing. I had the thought during their day... and right the way through the editing process. David & Sinead's film is one that I would consider a 'Showcase Film' as it truly captures the magic of the day in the very best way possible. An absolute pleasure to work on... and an absolute pleasure to watch!

During January 2021 we are offering an amazing SPECIAL OFFER for our Ultimate Wedding Films. 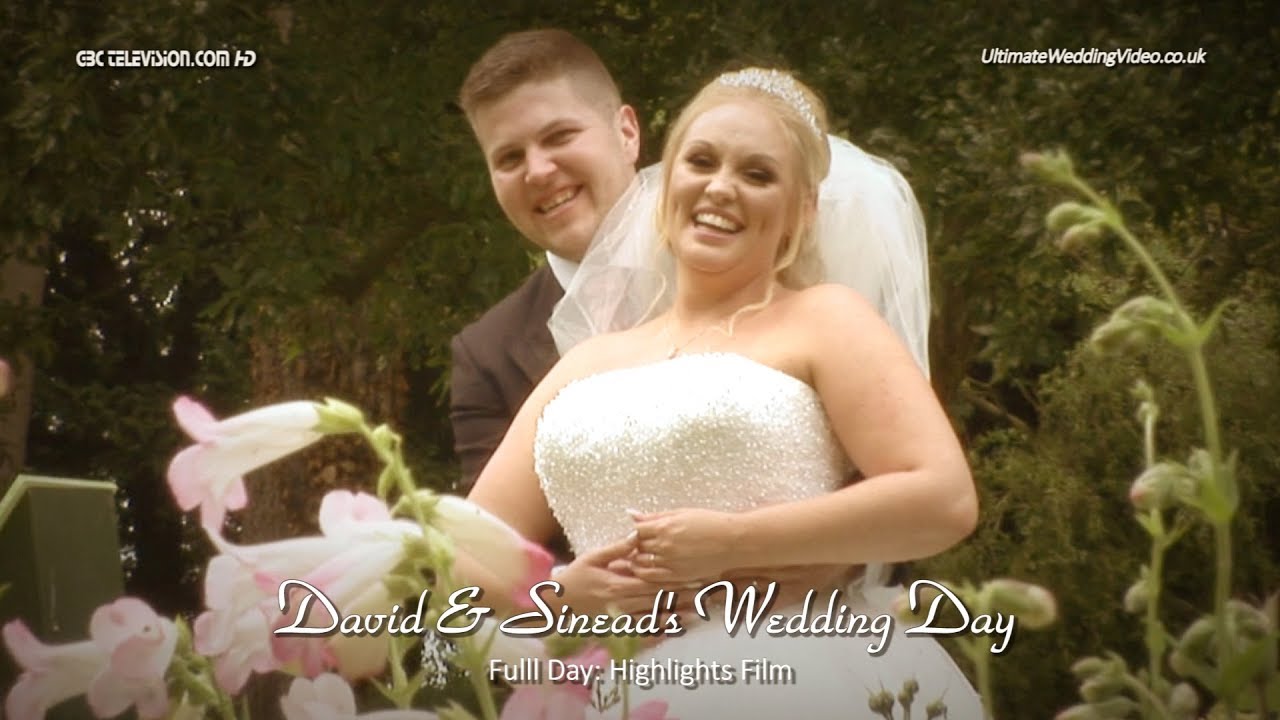 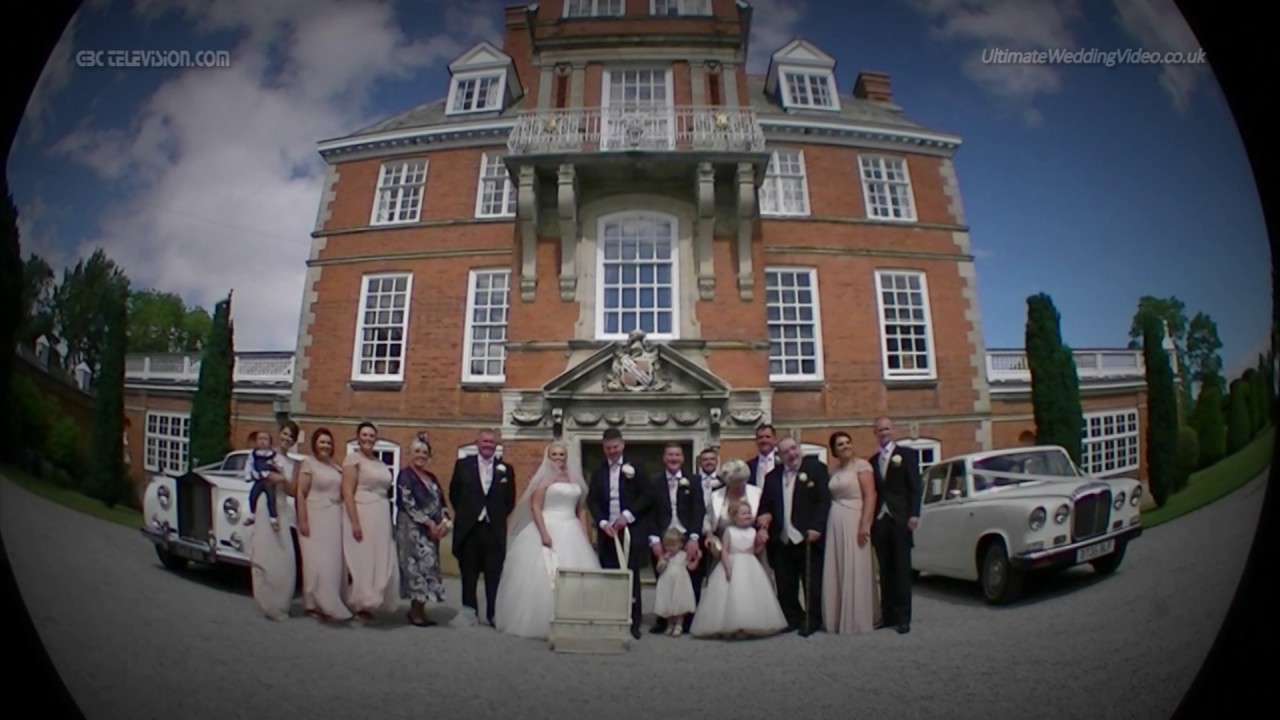 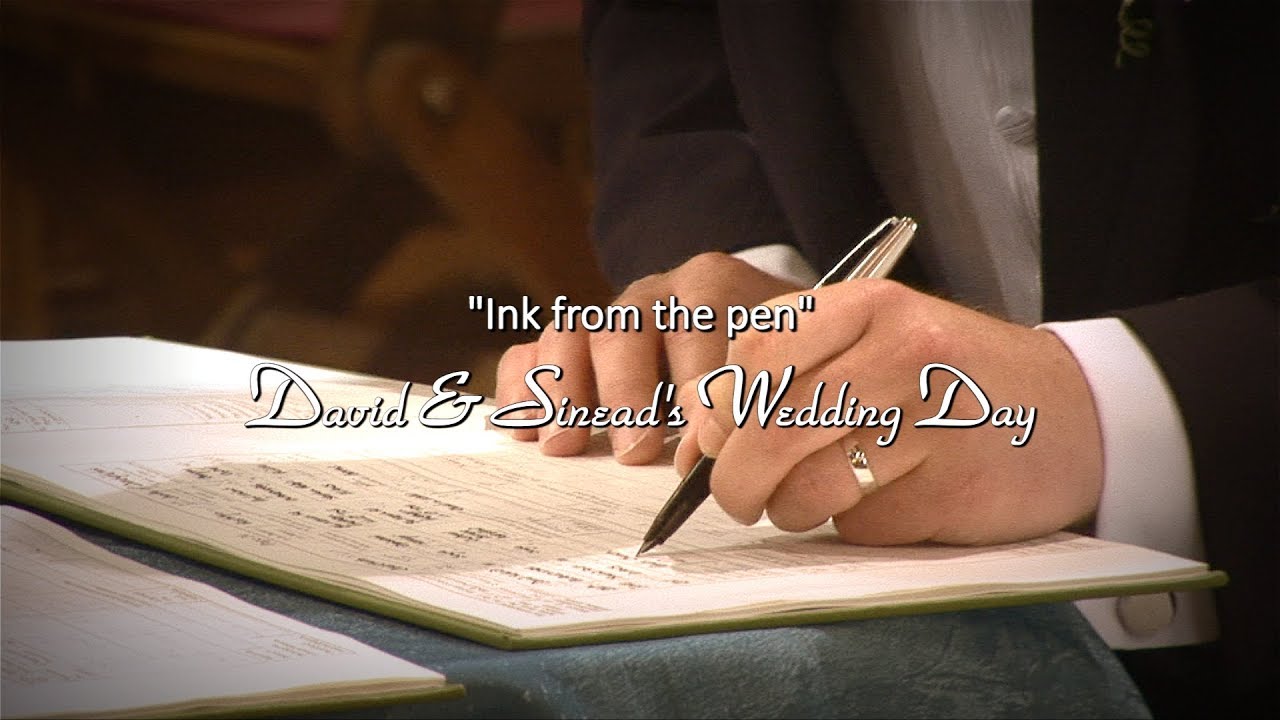 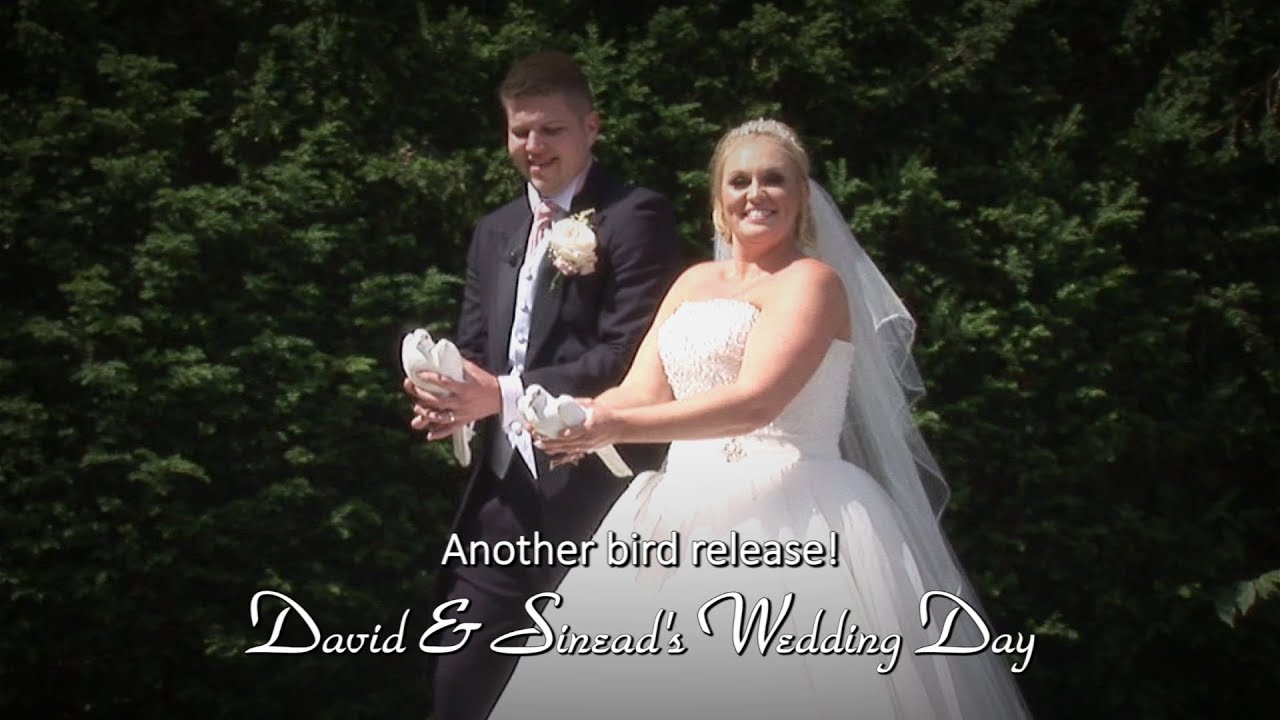 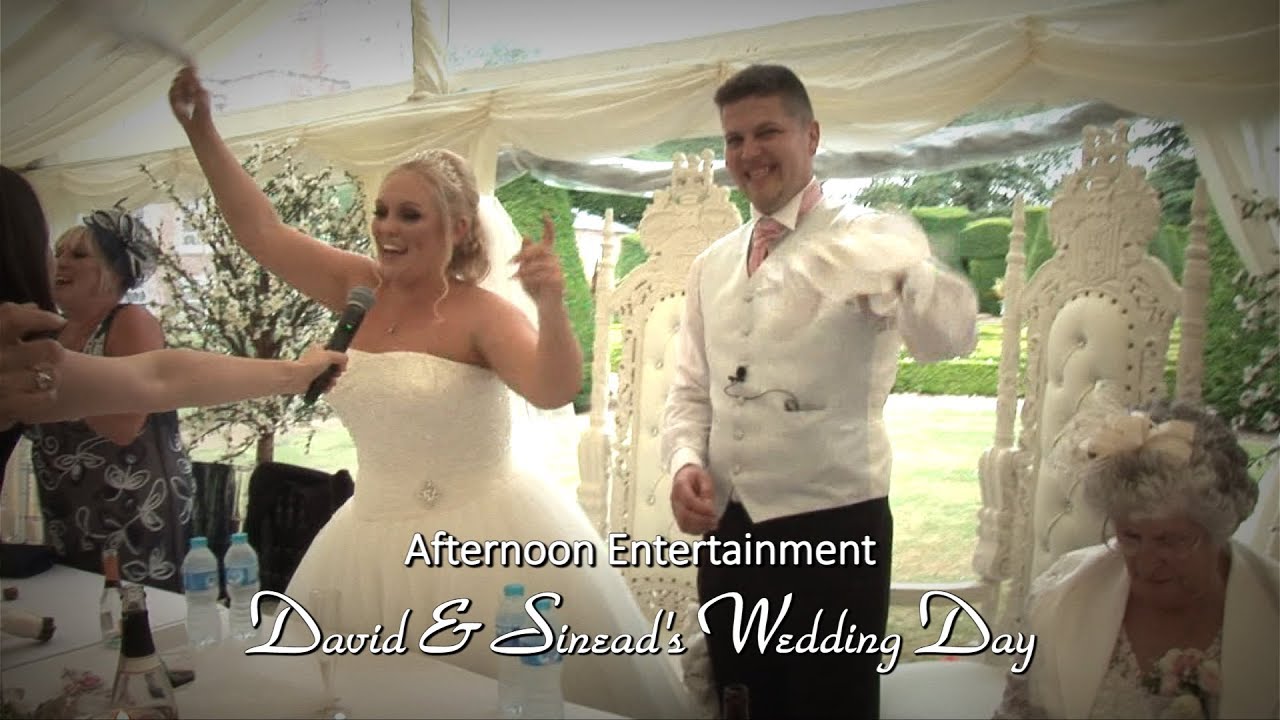 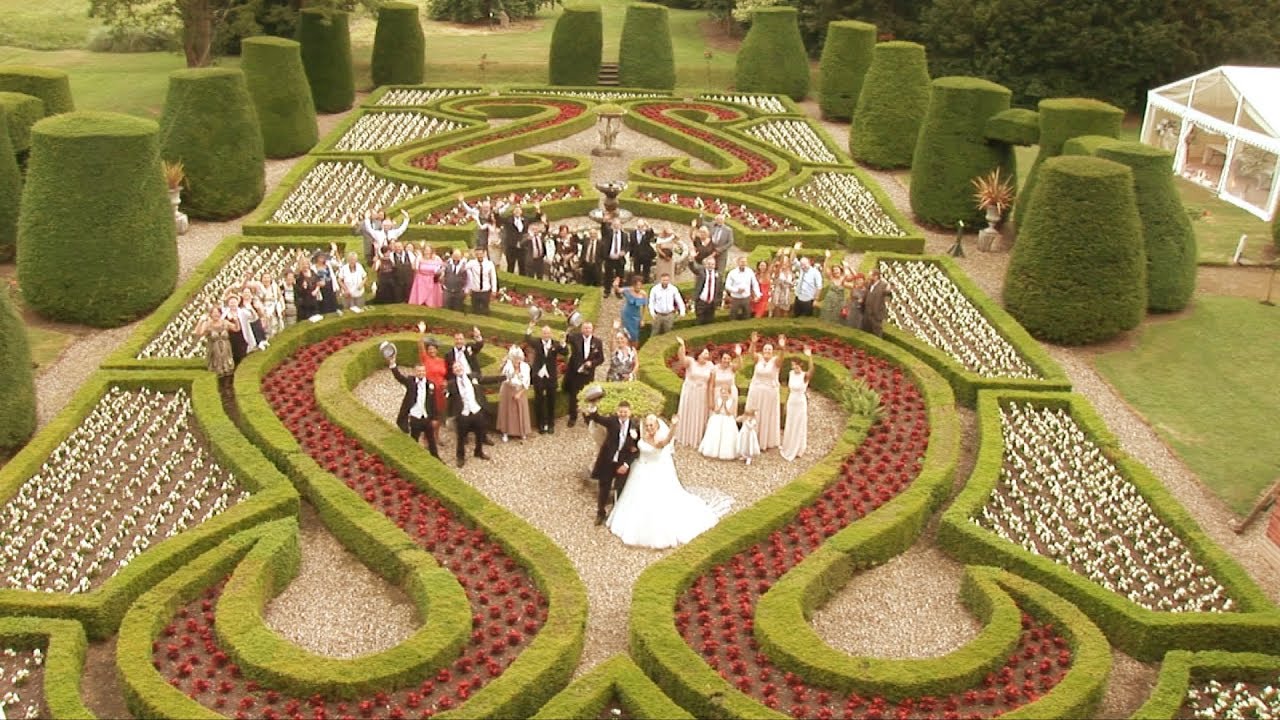 Gareth, We have just been watching the wedding film... we are so happy with it! Thank you so much what an amazing job can not wait to share it with everyone. Xxxx