Jackie & Scott are getting married! We follow all the fun of their day in this mammoth 3 hour 54 minute film. And utter emotion-fest of a day - with every moment captured on film and photos.

Our 100th online wedding film is a fablous milestone for us - and it's amazing that Jackie & Scott's Wedding Film takes the honour of being the 100th film - it is really something that little bit extra special!

Jackie & Scott's wedding film begins as Jackie is getting ready at home - surrounded by the girls. It has to be said that Jackie's preparations shoot is probably one of the most laughter filled prep sequences that I have ever edited! Every emotion is on display, and as the morning progresses we capture every moment of Jackie and the girls getting ready. As well as Sean and Gareth capturing everything on film, Jack was there to capture the day in photographs too. Jack went very quiet for a while - he was busy setting up an incredible photo on the stairs - all of the shoes, Jackie's boquet and her wedding dress to. It has to be said - it was an amazing photo! This is just my mobile phone version of the same picture!

With preparations complete it was time to head over to the Blessed Sacrament Church in Liverpool - which was to be the location for the actual wedding ceremony - where we were going to meet Scott and the boys.

We follow the build up at the church as Scott greets their friends and family as they arrive for the ceremony. Scott was initially quite nervous of the cameras, but as the day progressed he qot quite used to them - he even says this in our little interview towards the end of the film.

With everyone in place and Jackie waiting outside it's time for the wedding ceremony to begin.

The film continues with the full ceremony - split over the first two parts of the film - with a little "Still to come" sequence at the end of part one. Very soon Jackie & Scott are married and its time to sign the register and for a few group photos. Then it was time to walk up the aisle, to begin the rest of their lives together. Just before we headed off to the wedding reception at the Devonshire House Hotel there was just time to go back into the church for some photos.

Once over at the Devonshire, the rest of the day ran like clockwork. First of all there was time for the confetti throw, a group photo and then it was into the Botanic Suite for the Wedding Breakfast and the Speeches.

Part three picks up as Jackie & Scott's Singing Waiters take to the floor - and we capture every moment of their performance - special note must be made to one of their Bridesmaids who outsung the waiters on their mic!

The film continues with a whole series of guest messages, a chat with Jackie & Scott, and then its time for the evening function - with the cake cutting, father & daughter dance, Jackie & Scott's first dance and a little flavour of the evening dancing. The film wraps up with a full-day recap sequence.

Jackie & Scott's Wedding Day was SO MUCH FUN. Sometimes you just KNOW that what you are capturing on film is pure magic - and this was one of those occasions.

Their film is pure emotional showcase material - and has gone straight into the all-time favourite top 5 wedding films! 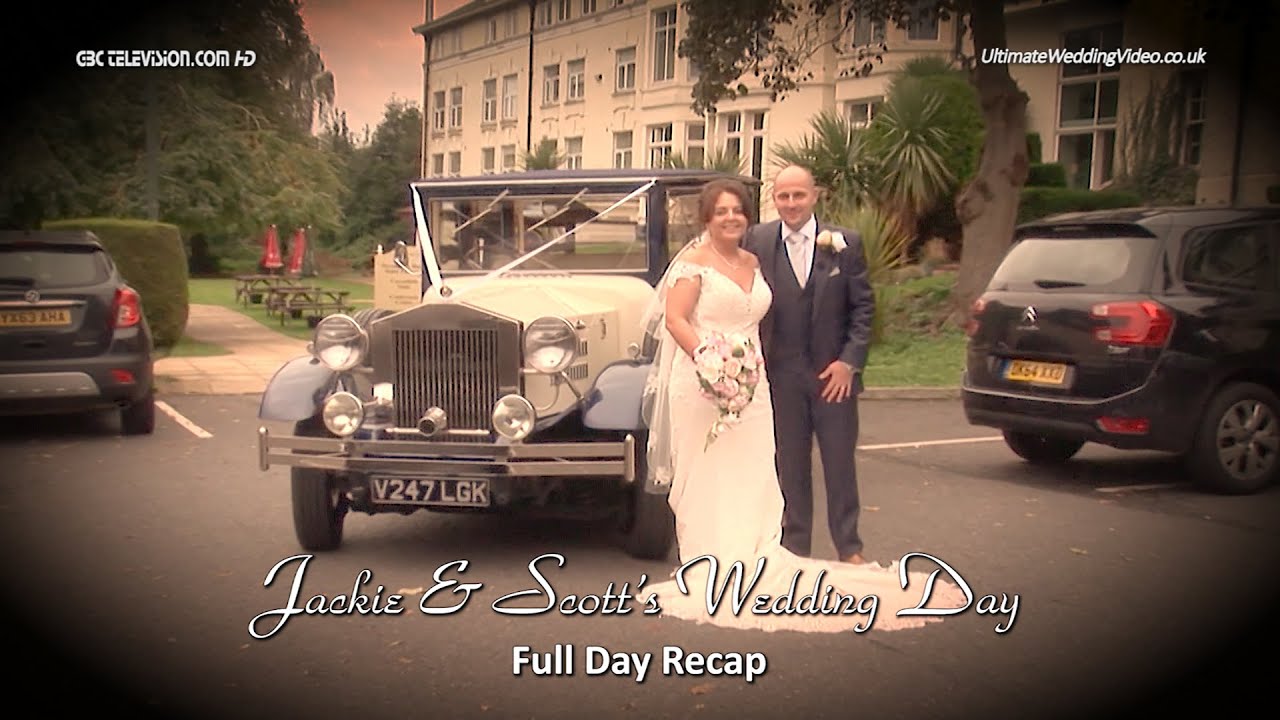 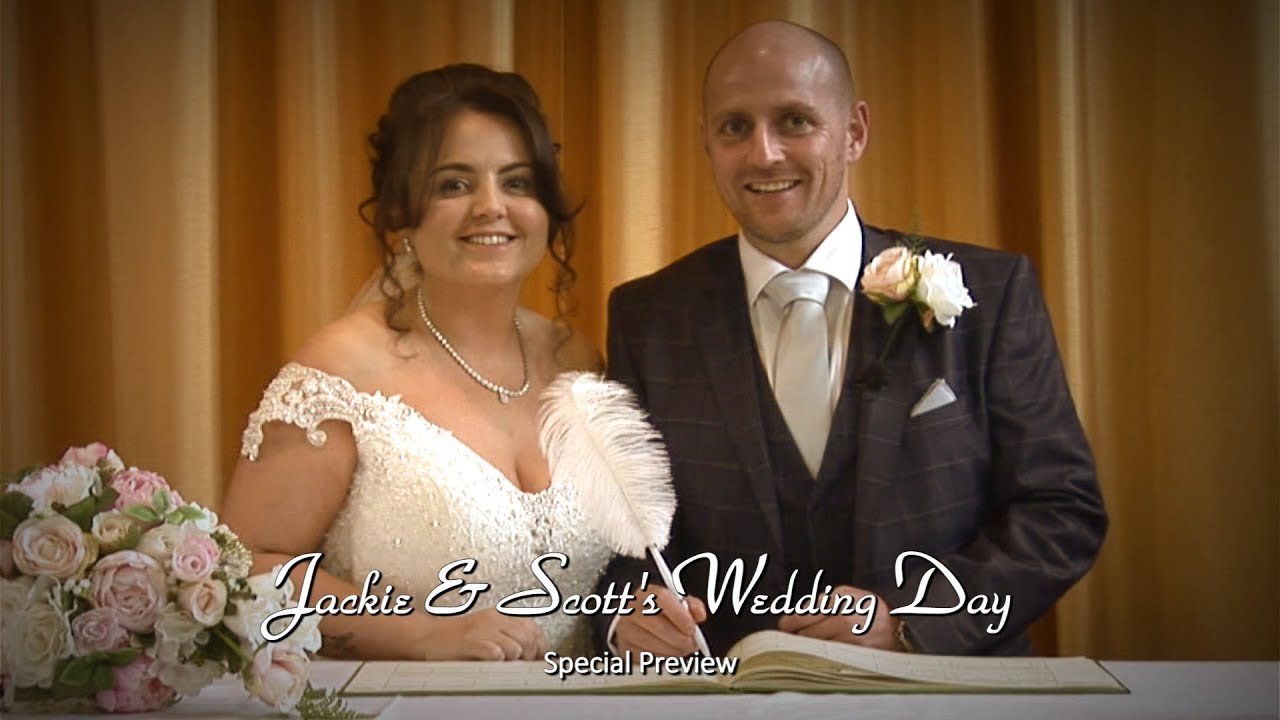 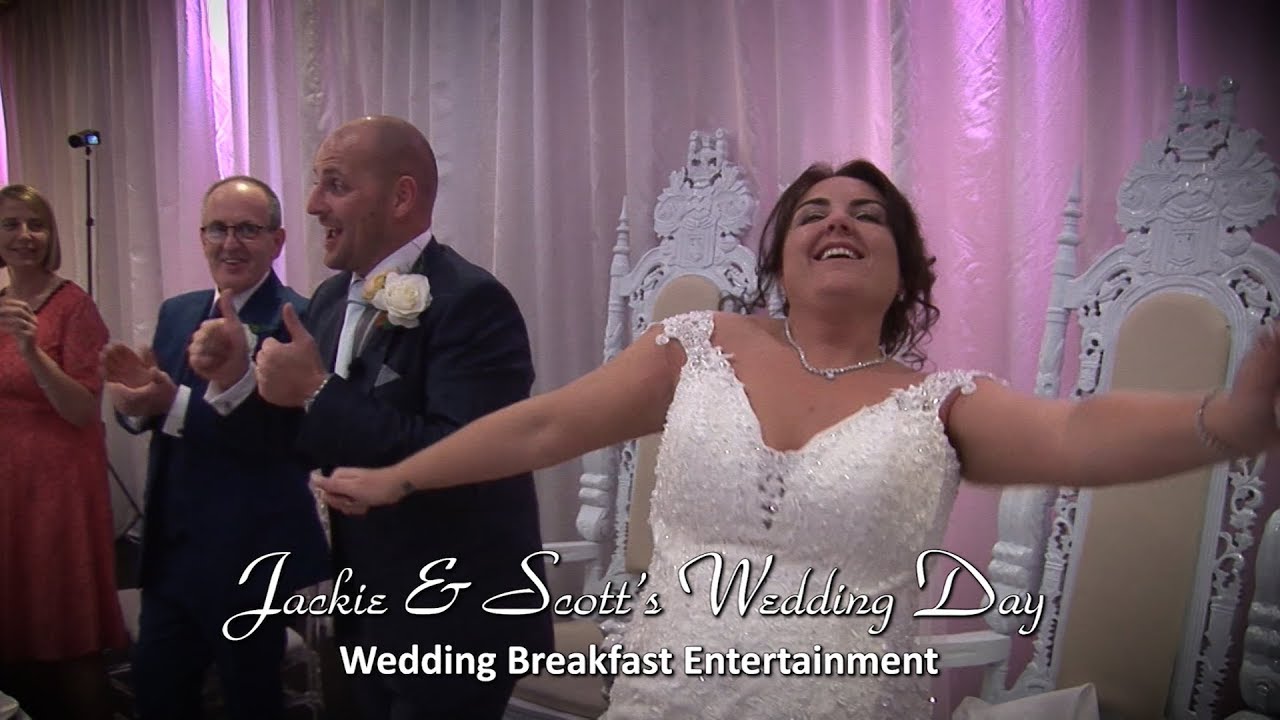