This wedding was a direct referral from Sean & Steve's Wedding which we filmed several years ago. Although it was a late booking we were aware of their upcoming marriage for a while - this was one film that I was really looking forward to working on.

It also features the amazing Gavin Young - a personal friend of Sean & Steve - he was Janice & Agy's Wedding Singer. In our humble opinion he absolutely made the day. In years to come when they look back on their wedding film Gavin's energy, exuberance, people skills and pure talent will continue to make the memory of their day really special.

Their wedding film begins as Janice & Agy are getting ready at home... surrounded by close members of the wedding party - and by several of Agy's relatives who had travelled over from Poland for their special day. We follow the antics as everyone prepares for the day ahead and as the girls discuss their wedding outfits - and the ideas that they had discussed about what to wear on the big day.

We head to Cheadle House to set up our cameras and very soon the wedding party arrives in a stretch limo.

With everyone in place it is soon time for the wedding ceremony... the guests take their seats as Gavin sings... and then it is time for the actual marriage. The girls had arranged a surprise - the wedding rings were to be carried in by their 2 little dogs... except the dogs didn't want to keep the secret... right through the ceremony you can hear them whimpering outside the ceremony room! Then there was the question of 'Which ring is which...!'

With the girls finally married Gavin sings again as they sign the register... and then as they leave the ceremony room Gavin sing's Jess Glynne's 'I just want to hold your hand' ... this sequence for me will always be special... as the guests were leaving the room Gavin (encouraged by me) continued to sing to the cameras... even involving the registrars... and this performance gave me footage that I was able to use during their film, photoshoot & confetti throw. It will always be the edited sequence that I remember when I look back on their film in years to come. It was totally perfect.

Part two of Janice & Agy's film begins as the guests are seated for the wedding breakfast and Gavin welcomes them into the room to rapturous applause. Throughout the meal Gavin continued to perform and we include some key moments of this on their film - including a sequence where he switches jackets with Jacob - one of their guests - who was wearing the same suit as Gavin. Just brilliant!

With the meal out of the way it was time for the speeches - Joanne - Janice's sister delivered an amazingly powerful speech - talking about their Mum who had passed away - and on the edit of the film I was able to include some beautiful pictures of her - adding to the pure power of Joanne's speech. One of most powerful and moving speeches I have ever filmed. David's final speech was brilliant too - so incredibly witty! Part two of their film concludes with a whole series of messages from their friends and family.

The final part of the film picks up as the speeches finish and Gavin rounds off the afternoon with a group sing-a-long to 'Never Forget' by Take That and then we chat to Janice & Agy about their wedding day. Next it's time for the evening party, the girls cut their wedding cake and take their first dance together. We leave them to enjoy the rest of the evening party - but not before we get some shots of everyone enjoying themselves!

The film finishes with a recap of the entire day.

Janice & Agy's Wedding Day Film is yet another film that I am INCREDIBLY proud of. It is simply amazing. No other word can describe it: A-ma-zing! 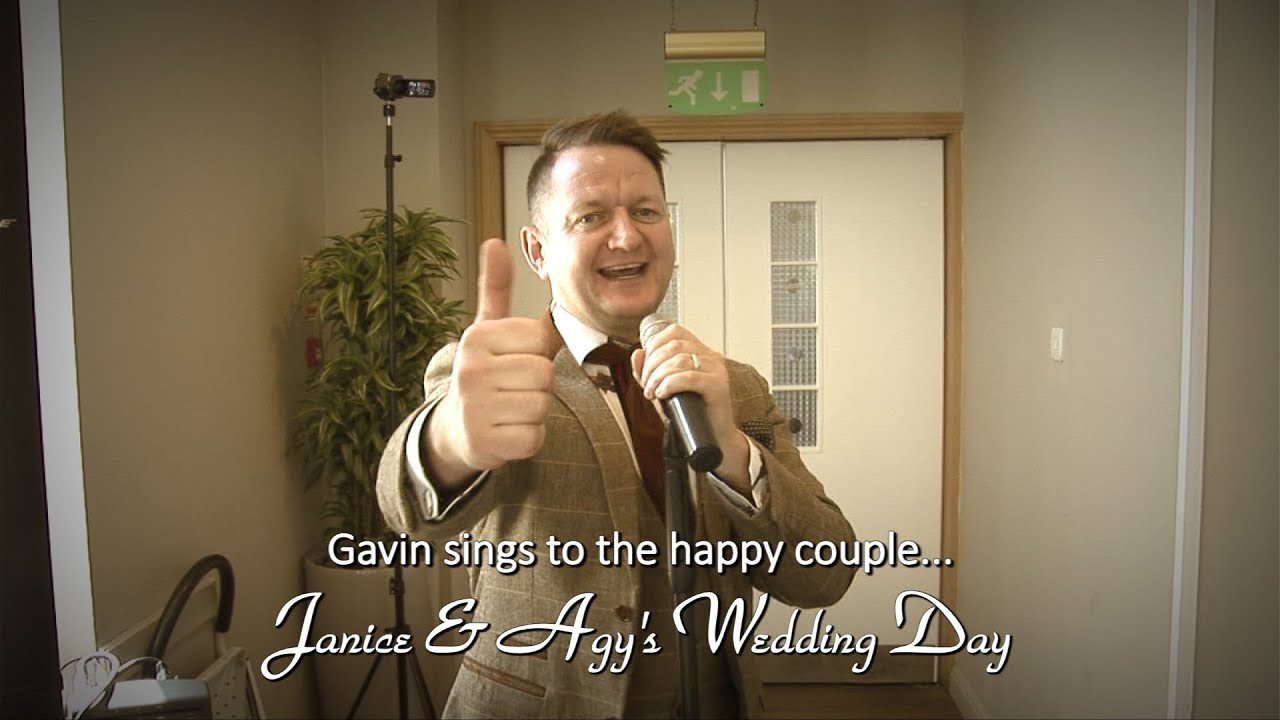 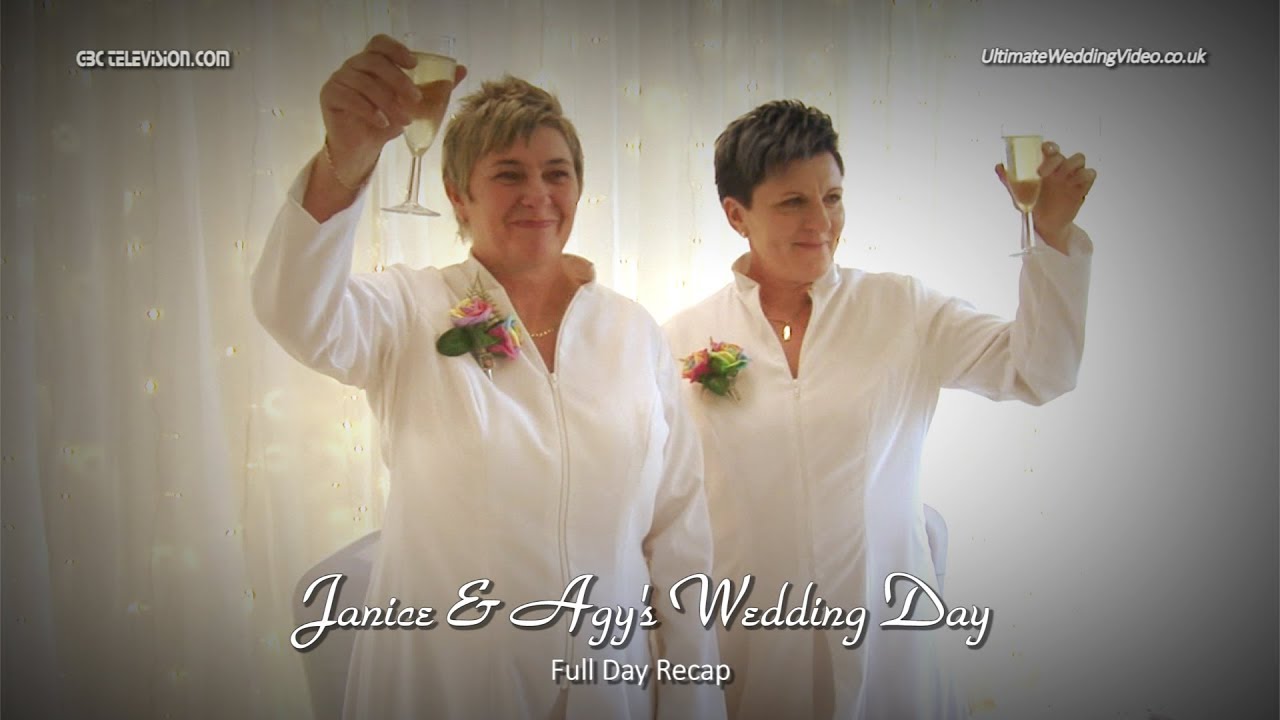 After watching their film for the first time Janice wrote: Wow wow wow !! Just recieved our wedding video yes its been a long wait but so so worth the wait ive laughed cried ! An all your messages well thank you with love From us both an Gareth W Hughes you are brilliant at what you do an Gavin Young you to are amazing thanks and Nicola Stead love Jan & Agy xx

I was lucky enough to watch their film with them - every single emotion from laughter through to tears. They were just amazed at the amount of content in their film. More to follow