The first of our delayed editing queue wedding films was completed a few weeks ago - it's now online for all to see. Katie and David were married in 2019 at St Aloysius Church in Huyton and celebrated the rest of their day at the beautiful Thornton Manor in Cheshire.

Their film begins as David is greeting their guests as they arrive at the church and we follow all of the fun as the ceremony approaches. Katie arrives and soon it's time for the actual wedding ceremony. Once married it was outside for some photographs and then we all headed off to Thornton Manor for the rest of their special day.

Over at Thornton Manor it was time for some more outside photos - and then everyone moved inside for the wedding breakfast, speeches and some amazing entertainment from their Singing Waiters.

Once the wedding breakfast was over - it was time for some sunset pictures and a whole series of guest messages. It has to be said - one of their guests took control of the guest messages - interviewing loads of people including the bride and groom - it was hilarious and was one of the best ever guest message segments in any wedding film. Ever!

The day continued and everyone moved back inside for the cake cut, first dance and more from their singing waiters - this time as a live cabaret act. They were amazing - and what a brilliant day.

As the first completed film of the COVID19 delayed block of films this one was spectacular - and it was an amazing pleasure creating something so full of energy, fun and incredible visuals. 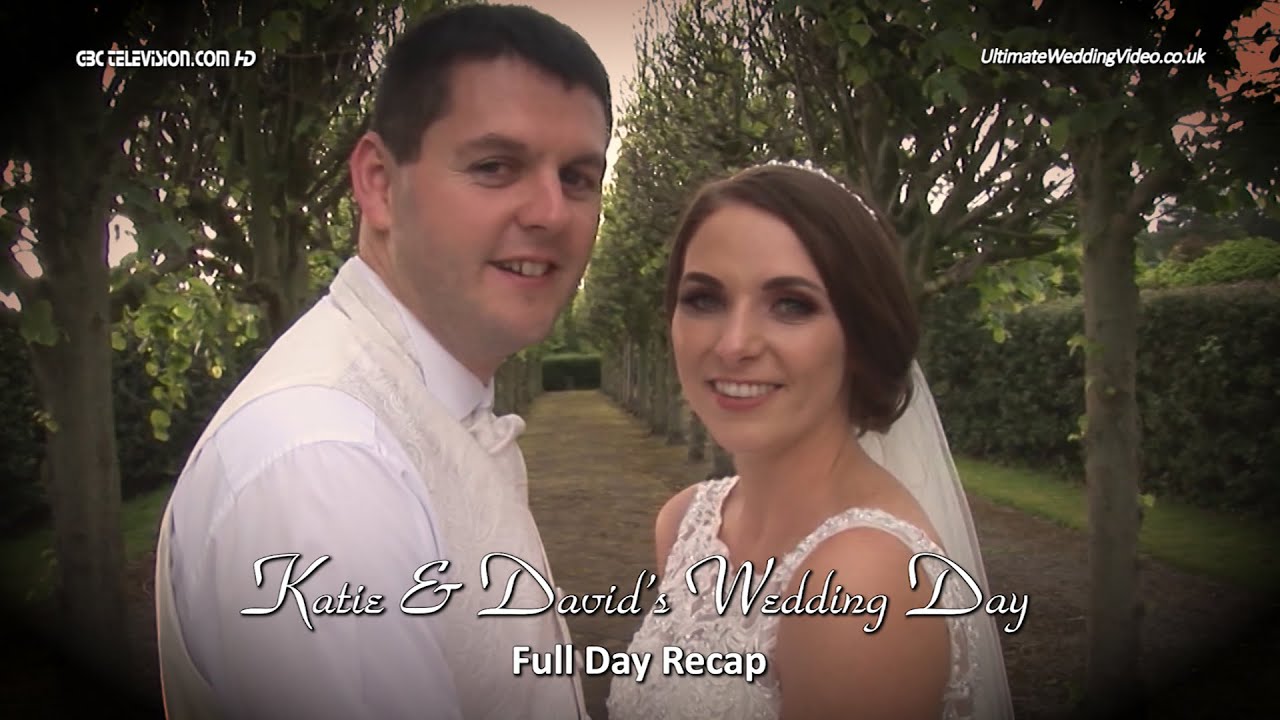 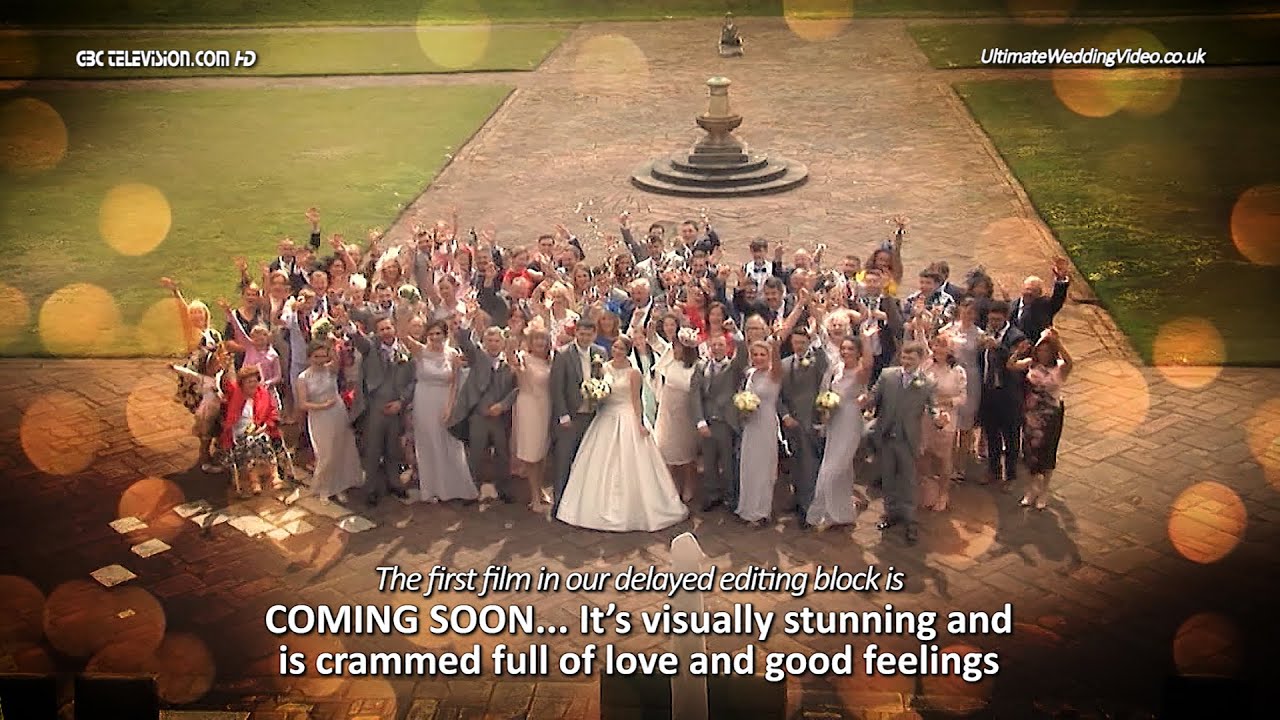 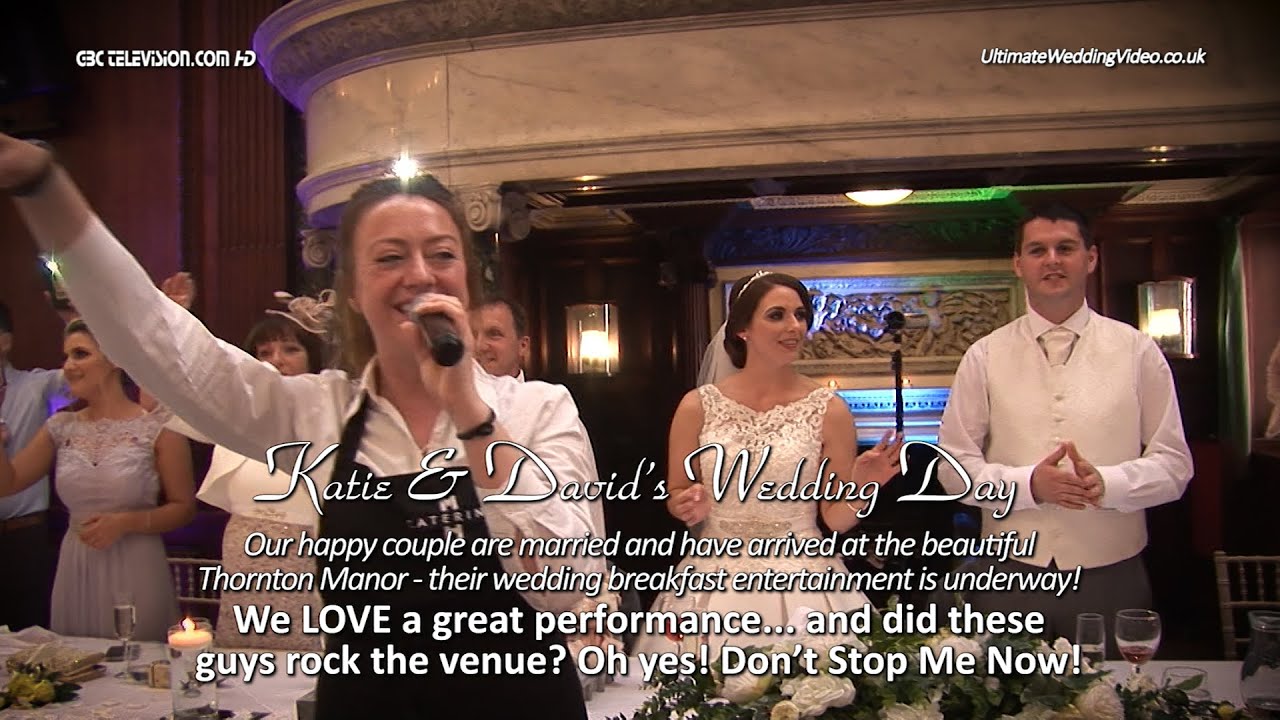 Hi Gareth, we just wanted to say how much we love our wedding video. We laughed and cried as we were able to relive the day all over again. It was captured so perfectly! We have just finished watching it and we already can't wait to watch it again with our friends and family. Thank you for putting the hours in to edit it so well, it really did go above and beyond our expectations and was definitely worth the wait. Katie and David xx