Rich & Claire were married at St Mary's Church and celebrated the rest of their day at Goals in August 2018.Their film is the 5th film in an amazing series of films that we have produced for the Aldridge family. This is their complete full day wedding film - including 3 editions of our behind the scenes blog 'The Extra Mile'

As we have said above, this film is the 5th in a series of films that we have produced for personal friends of mine... So it is filmed slightly differently to a standard wedding film. This full version of the film features THREE special editions of our 'Behind the scenes' video blog: 'The Extra Mile'.

The film begins as Gareth and Sean are driving to the West Midlands from Merseyside... we are just south of Stafford Services as we talk about the upcoming day, have a round up of recent happenings - including breaking down on the M6 a few weeks previously!!

The wedding then begins as Rich and his Mum, Debbie are arriving at St Mary's Church in Bilston. We follow the chat as Rich greets their guests and as the ceremony time approaches. With everyone inside the church Claire arrives outside... and very soon it is time for her to be walked down the aisle by her Dad. I love the moment that Rich says 'WOW!' when he see's her in her wedding dress for the first time. One of those all-time special moments!

The ceremony progresses and soon Rich and Claire are married - Mr & Mrs Perry.

With the ceremony complete it's outside to the church grounds for a whole series of photos and we capture the fun and banter as their keep-sake pictures are taken.

We leave them as Rich and Claire drive off in the wedding car.

Their wedding film then continues with two more editions of our behind-the-scenes video blog: 'The Extra Mile'. In the first Gareth, Sean and Ben Aldridge talk about the wedding ceremony, the vicar's shorts and sandals and about the location of our cameras!

The thrid part of 'The Extra Mile' is a very special film indeed. Ben has been in touch with some of the previous wedding couples that we have filmed... a special shout-out to Anjalee & Stephen, Joanne & Robbie and Janice & Agy - who all took time to write back to Ben with some of their memories of their wedding filming experiences with us! So humbling and so brilliant - thank you Ben!

The third part of the film begins as Rich & Claire arrive at their evening wedding reception... we have the full speeches from the top table and then the happy couple give out gifts to their friends and family.

Next comes a whole series of messages from their friends and family and then we have a chat with Rich and Claire.

With the evening party underway it's time to cut the cake and for them to take their first dance together... and then Claire dances with her Dad.

Next comes Ben's reading of some cards and then the film finishes as everyone takes to the dance floor.

We wrap up their film with a 20 minute look back at their wedding day.

Working with the Aldridge Family... now with added "Perry" and "Green"... is such a privilege... we have now compelted FIVE films for them... what will EPISODE 6 bring?!!! Time will tell!

During January 2021 we are offering an amazing SPECIAL OFFER for our Ultimate Wedding Films. 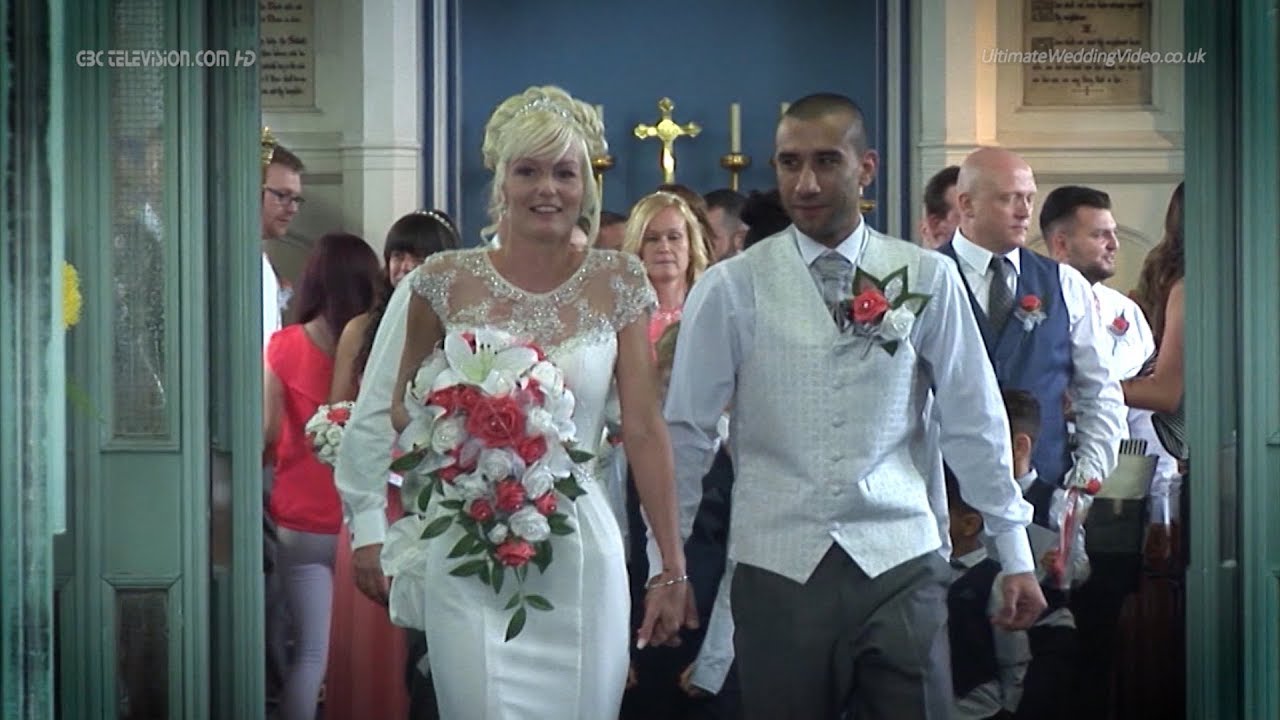 Whilst watching their film Claire says: I wasn't going to message you until we had seen the whole thing but OMG!!! Part 1 is absolutely amazing were both just lost for words....

Just watched our wedding video for the 1st time... honestly dont even know what to say! It's just absolutely amazing from start to finish! Emotional just isn't the word! Thank you to absolutely everybody who came to enjoy our special day, everyone who left us a video message there's too many to tag but you all know who you are honestly it means so much to us.

But the biggest thank you just has to go to Gareth W Hughes and Sean Cullen: You both captured everything so perfectly and it's thanks to you both we can all look back on our special day... you captured the memories for generations to come